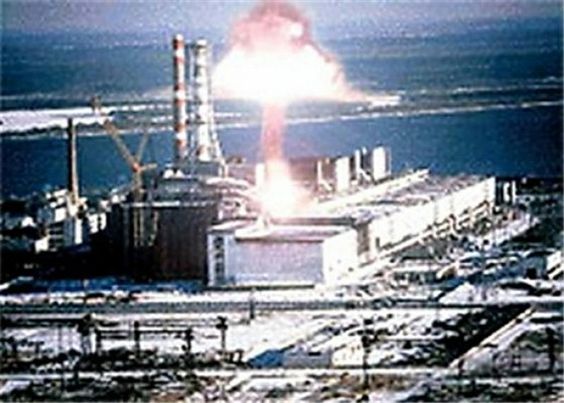 On April 26, 1986, an explosion at the Chernobyl nuclear power station occurred due to a surge of power in their no. 4 reactor. The explosion caused radioactive dust to travel through the air, killing 38 people immediately and an estimated 100,000 later. Wind carried the radioactive dust throughout the air, stretching across the Soviet Union and parts of Europe. Despite the extreme danger of the situation, the Kremlin was silent. Soviet officials refused to elaborate on the extent of the accident- but they soon found that the accident would be hard to hide. Sweden approached the Soviet Atomic Power Inspection Board when they discovered the levels of radioactive discharge in their country- Moscow denied any accounts that the accident occurred. However, when Sweden, Denmark, Finland, and Norway all began to report high levels of radioactivity in the air, Moscow was forced to announce the accident.

The populous demanded transparency about the accident, but the Soviet government refused to give out more than the television announcement they approved. The announcement downplayed the disaster, and ensured that “the danger had passed.” However, the West wasn’t convinced. Scientists from other countries used accounts from Sweden to piece together the gravity of the situation. The Soviet government still refused to give out details, while the media even blamed the West for spreading propaganda to “poison the international atmosphere.”

“A no less important sector of work, the Academician continued, is the decontamination and removal of the radiation debris. One must bear in mind that here we are talking only about radioactive emissions that took place at the very moment of the accident and during the first days afterward. Therefore, all talk about a possible transfer of radioactive fallout is groundless. Nevertheless, in some places in the West people are still taking a too emotional approach in assessing what happened, trying to invest the accident with their own interests.”

It took a week for the Soviet Union to actually release a full account of the accident. Pravda confirmed the suspicions of experts around the world.

8 thoughts on “Explosion? What explosion?”

This work is licensed under a Creative Commons Attribution 4.0 International License.

The Worst Thing About Prison was… the Dementors

Power to the People

The Opium of the People

The Photographer to the Tsar